The AxeTrak® was not originally designed or created for the purpose of being mass produced and offered to consumer markets. It was created out of necessity by engineer and lead guitarist, Jeff Harris. Like numerous other musicians, Jeff was not able to support his family entirely on his music, so he maintained a full time job as an electronic engineer during the day. This left only weekends and late night hours during the week for recording in his small home studio. Being that his home studio was next to his son’s bedroom, he had to do most of his recording using headphones and the direct outputs of digital instruments. Due to the fact that his main instrument was the guitar, it was very frustrating when it became time to record the guitar tracks. Frustrating because there was no direct output available that produced the quality of sound that his amplifier created when it was cranked up. This was the dilemma that inspired the creation of the AxeTrak®. After several months of initial research and development, Jeff created his first working prototype of the AxeTrak®. The sound had a long way to go but the concept had potential. Jeff continued to experiment with countless numbers of speakers, microphones, woods, construction variations, microphone mounting techniques, mic placement, damping materials, coverings, electronic components, etc… until coming up with his first USABLE prototype in 1993. After being totally amazed by its sound quality and advantages over conventional recording methods, he continued to experiment and perfect his original design. 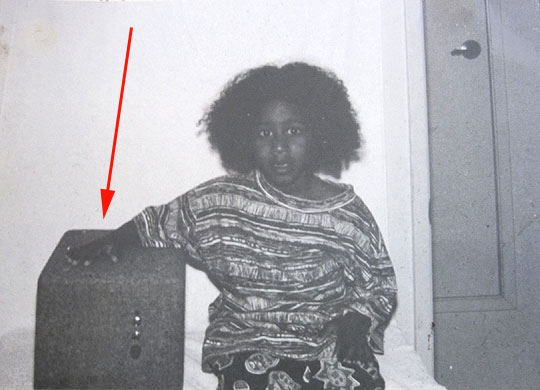 Jeff has used this device exclusively for recording all of his distorted and overdriven guitar tracks. It wasn’t until a professional guitarist and close friend, Pocket Honore of the band Wicked Wisdom, commented on the recorded tone of Jeff’s creation, that he even considered the possibility of manufacturing this product. At that time the unit was called the “Rock Box”. The name was changed to AxeTrak in 2003. Jeff has been designing and building custom cabinets, guitars, effects, footpedals and custom rigs for over 25 years. Until introducing the AxeTrak® in 2004, all of his unique creations have been for his own personal collection of musical gadgets and equipment. Jeff is constantly creating new ideas and gadgets to solve problems that he encounters while playing guitar or recording.